Smart D8 has launched its largest pilot project to date with the introduction of a new ‘Civic Dollars’ community currency to encourage use of public parks and drive better health outcomes for the community.

The project, led by Dublin City Council, will use a smartphone app to reward visitors with the new Civic Dollars for spending time in participating Dublin 8 parks, which can then be exchanged for goods and services from local businesses or gifted to local community organisations.

Civic Dollars is the brainchild of Moai Digital founder Stephen McPeake and has already been successfully rolled out in Belfast. Over 3,000 hours of activity have been registered in participating Belfast parks, with 1,530 Civic Dollars redeemed and 1,043 donated to community groups. 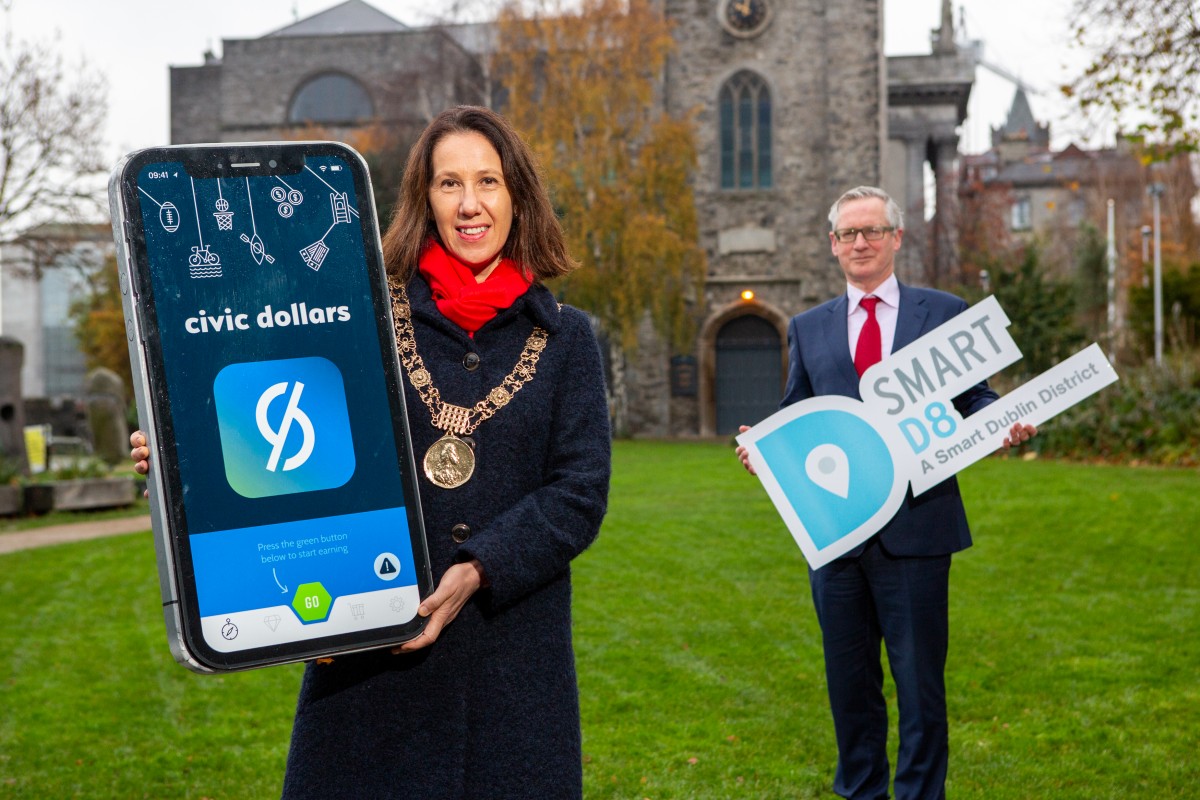 9 parks in Dublin 8 are participating in the pilot: St Audoen’s Park, St Patrick’s Park, Weaver Park, Oscar Square in The Liberties, Grattan Park in Inchicore, The Memorial Gardens, Grand Canal, Turvey Park and St James Linear Park. Some of the parks have seen recent investment by Dublin City Council who aims to roll the scheme out to other parks under its control if it is a success. The Civic Dollars pilot will run for 5 months, and the team are hoping to attract 1,000 users in the first 2 months.

The app does not measure steps or distance that the users accumulate in the park, just the time spent in a zone, ensuing that users with mobility or health issues are not discriminated against and can participate fully.

“Dublin’s parks are an asset to the city, and during the pandemic many Dubliners have realised the importance of access to green space for recreation and leisure. We need to encourage increased use of our parks, and the Civic Dollars project will do that while having the added benefit of contributing to local businesses and community organisations. Civic Dollars and the wider Smart D8 project are prime examples of community-focused innovation which will improve the health and wellbeing of our citizens.”

The technology used for Civic Dollars is non-invasive and privacy-friendly, by only using GPS data and allowing users to opt in once they enter a park. Data is anonymised, and a user’s session will end automatically once they walk out of the park geo-fence. Data gathered will be used by Dublin City Council to analyse park usage and allow for future planning and infrastructure improvements.

The project goal is to decrease health inequality and help citizens who are not currently active to take part and improve their wellbeing. Since the launch of Civic Dollars, the app has encouraged people to spend more time in parks in Dublin 8. It has also encouraged 43% of people to donate their civic dollars to local charities and community groups. The app has also allowed app users to report issues found around the various parks.

If you would like to learn hear more about the project or get involved please contact info@smartd8.ie.