2007: Kilbarrack fire station, located on Dublin’s northside, was in dire need of a complete overhaul.

It had poor insulation, single-glazed windows that had lost their sealing, and inefficient boilers feeding an old heating system that was running around the clock.

2008: Kilbarrack was selected by Dublin Fire Brigade for the ‘Green Plan’.

The goal was to become carbon neutral and to realise Ireland’s public sector energy targets.

Spearheaded by local firefighter Neil McCabe and Kilbarrack’s firefighters, this is a collective effort to drive change with local leadership and to realise a wide range of environmental benefits: 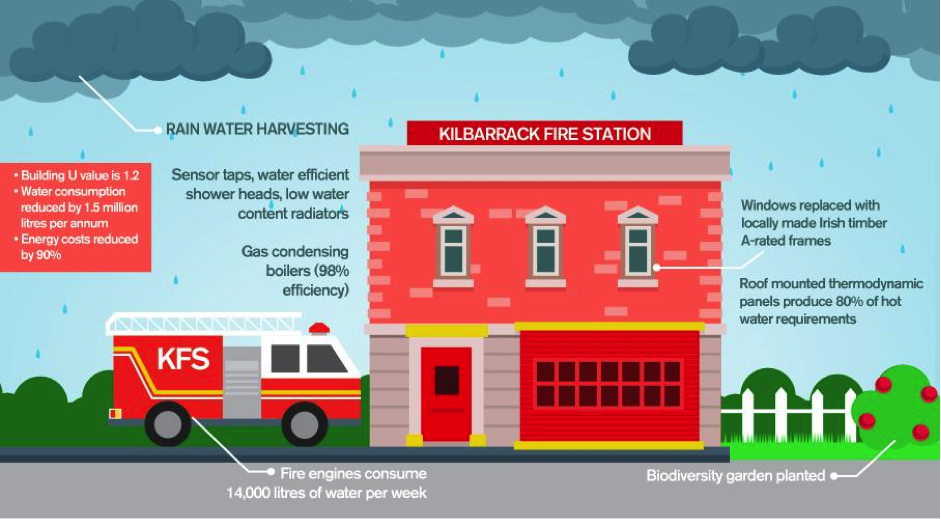 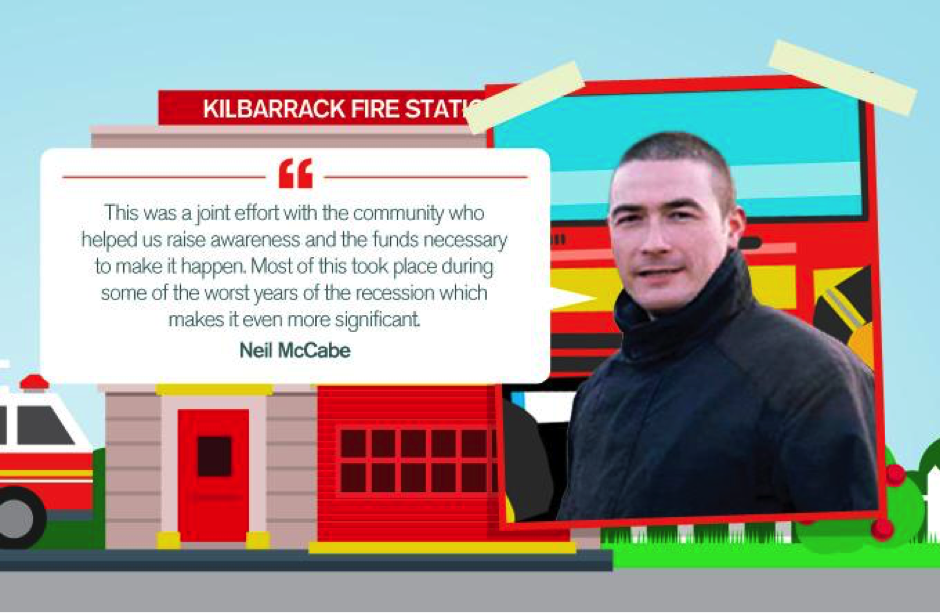 The success of Kilbarrack is now being replicated across other Dublin Fire Stations, and indeed is being championed via the GreenPlan© as an exemplar for sustainability objectives. The results have been successfully applied in other local authority premises across Dublin, including libraries and swimming pools, leisure centres and The Mansion House.