There’s plenty going on at Croke Park stadium, and it’s not just Gaelic games and concerts. Did you know that Croke Park is the test bed for some of the most cutting edge Internet of Things (IoT) technologies?

The Internet of Things (IoT) describes the network of physical objects with IP addresses that connect them to the internet, and the communication that occurs between them and other Internet-enabled devices and systems.

Croke Park is wired up with multiple connected devices including sensors and cameras that collect data from special events. The analysis of this data helps Croke Park build new services, and better customer experiences.

The Croke Park Smart Stadium project is a collaboration between GAA , Dublin City University, Intel, and Microsoft to fuel IoT innovation. Intel’s strategically positioned sensors and gateways throughout the stadium collect enormous amounts of data and store it on Microsoft Azure. DCU researchers use  the Azure IoT Suite to analyze the data and provide actionable insights to help GAA improve fan experiences, safety and reduce their carbon footprint, while driving efficiencies and cost-effective stadium management.

It’s a small enough space to trial smart city solutions but wide enough to get results that can be used to solve problems.

There’s been a lot of talk about the potential of IoT, but one of the most significant barriers to its development has been the lack of test beds to trial new technologies.  Croke Park Stadium has enabled companies and projects to test innovations within a relatively enclosed environment, with a view to the results being exported and translated into the wider smart city deployment.

Next time you’re at a match, cheering on your team, consider yourself as a one of the early contributors to the Internet of Things! 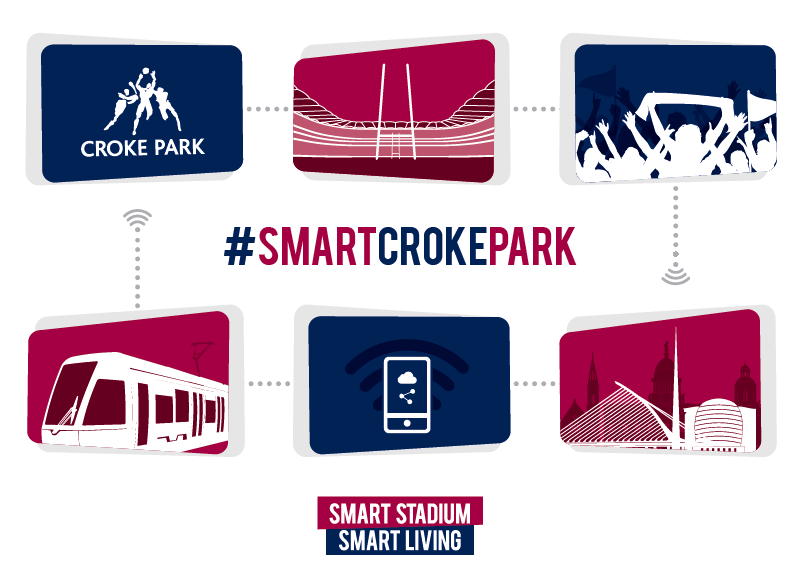